Invented in Finland, HumanCharger® is a bright light therapy device that has a unique and patented mechanism of action which stimulates the photosensitive proteins on the surface of the brain using a calibrated white light that passes through the ear canals. Using the HumanCharger® for only 12 minutes a day can significantly increase your energy levels, improve mood and increase your mental alertness.

Be in sync, all the time.

Exposure to light helps maintain the rhythm of our natural body clock, so with HumanCharger® you always feel more energized.

Tip for the shift workers: Use HumanCharger® for just 12 minutes every two hours when you feel most tired! You can use it while you work as it will not affect your ability to perform your daily tasks.

Winter blues is a mild version of Seasonal Affective Disorder. Use the HumanCharger® on a regular basis once a day, at the same time each day, within two hours of waking up.

In all areas studied, the research located the protein encephalopsin (OPN3), a photosensitive receptor found in brains of both humans and mice. These receptors include the core areas of serotonin, dopamine production and storage and noradrenalin, which play key roles in regulation.

This study demonstrates that extraocular light affects human brain functioning. Extraocular light modulated attention-related brain responses, specifically pertaining to emotion-attention interaction. The study confirms that light is capable of penetrating the human skull via ear canals and reach the temporal lobe of the brain. Because the brain floats in cerebrospinal fluid, transmitted light might be widely dispersed, thus illuminating the basal surface of the temporal lobe. Penetration of light through ear canals was investigated on a human cadaver after the brain was removed upon autopsy. Light penetration of the skull was visible with surgical lights on or off. Light was able to reach intracranial space through the ear canals and was visible at the base of the skull under the temporal lobes.

Bright light via the ear canal causes a biological response in the human brain neural networks as seen in the placebo-controlled, single blind, functional magnetic resonance imaging study, suggesting that the brain tissue is inherently light-sensitive. In the study conducted by the University of Oulu researchers, the human brain’s visual and sensomotor cortexes showed significant increased functional connectivity in the light group as compared to the placebo group.

Psychomotor speed tests with visual warning signals were administered to a Finnish National Ice Hockey League team before and after 24 days of transcranial bright light (TBL) or placebo treatment. A daily 12-minute dose of bright light or placebo (n = 11 for both) treatment was administered every morning between 8–12 am at home with a transcranial bright light device. Motor time with a visual warning signal decreased in the bright light treatment group but did not change significantly in the placebo group. There was a statistically significant difference between the groups in decrease of motor time.

The effects of earlight are not mediated via melatonin

Eight healthy young adults participated in placebo controlled crossover trial. The subjects were exposed in random order to 24 minutes of transcranial bright light (TBL) or placebo exposure via ear canals at 01:10 h. The saliva and urine samples for melatonin and cortisol measurements were collected hourly between 9-3am and at 6-9am, at 12pm and 6pm. There were no significant differences in the melatonin or cortisol concentrations between the exposures at any sampling points. The curves of melatonin and cortisol secretion concerning the circadian surges and acrophases paralleled those profiles seen under controlled conditions. The present results indicate that TBL via ear canals does not suppress nocturnal melatonin secretion.

During this four week study, 89 subjects suffering from SAD were randomized to receive a 12-minute daily dose of photic energy of three different intensities (1 lumen, 4 lumens or 9 lumens) at home. The response rates (at least 50% reduction) varied between 74-79% for depression (BDI) and 47-62% for anxiety (HAMA) symptoms. There were no intensity based (1 lumen, 4 lumens or 9 lumens) dose response relationships in the improvement of anxiety and depressive symptoms or cognitive performance between treatment groups receiving different intensity of bright light via ear canals. 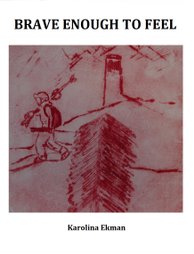 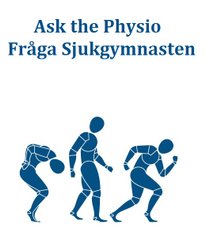 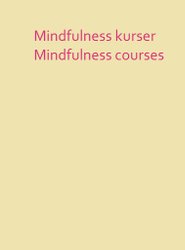